The Amazon Biome is the most extensive among Brazil’s biomes, occupying not only Brazilian territory, but also land in parts of neighboring countries (Peru, Colombia, Venezuela, Ecuador, Bolivia, Guiana, Suriname and French Guiana).

The Amazon is the planet’s largest tropical forest and is home to the world’s largest biodiversity. It is also responsible for the largest inventory of forest carbon on earth and a determining factor for the entire rainfall patterns in South America.

With the traditional extensive knowledge of the local communities, the region is now home to approximately 25 million people and is considered to have the largest indigenous population. The Amazon Biome is home to major capital cities considered to be the metropolises of the northern region, like Manaus (AM) and Belém (PA). 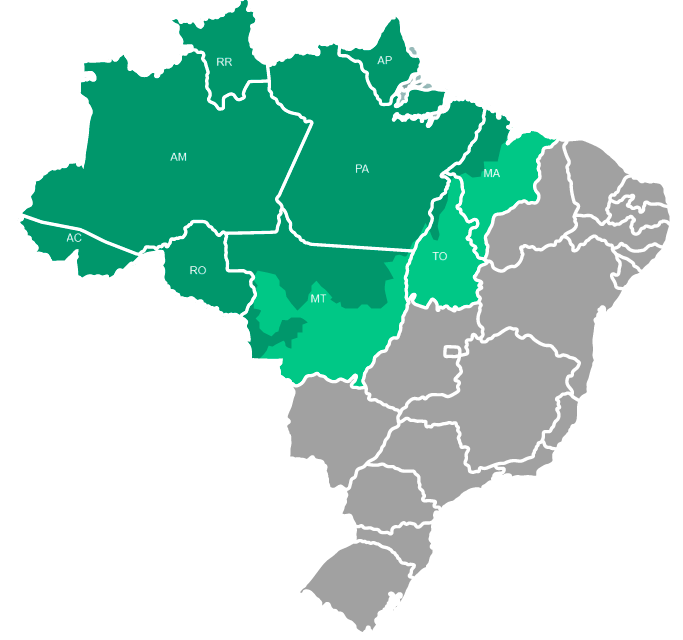 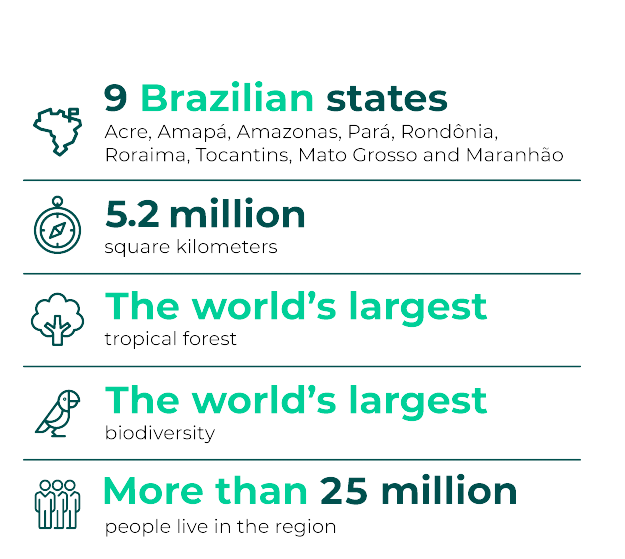